French President Emmanuel Macron has trivialized France’s colonial past in Africa in which more than two million people were killed as a “grave mistake” while the country looks for new ways to maintain its dominance over the continent.

“Too often, France is perceived as taking a supremacy stance and to dress itself in the rags of colonialism, which has been a grave mistake, a serious fault of the Republic,” Macron said during a visit Sunday to Abidjan province in Ivory Coast in a joint press conference with his counterpart Alassane Ouattara.

But he neither apologized for France’s bloody history in Africa nor signaled that the country would withdraw from the continent’s economy. On the contrary, it is known that Macron, who is trying to downplay a colonialism full of massacres, wants to maintain French dominance in Africa through colonial practices.

France is accused of using resources such as uranium, iron and oil for its own interests with its military presence in many African countries.

The West African Economic and Monetary Union (UEMOA) announced Monday that next year it will abolish the 74-year-old CFA franc, the currency used since the colonial period, and use a new currency known as the Eco, which will remain pegged to the euro.

It was established to promote economic integration among countries that share the CFA franc as a common currency.

Under the new system, France is expected to withdraw its representatives from the Central Bank of West African States (BCEAO), the banking commission and the monetary policy council, and end the practice of keeping 50% of the foreign exchange reserves of African countries in the Central Bank of France.

But France will be the guarantor country in case of an economic crisis. If countries that use the Eco are unable to pay for their imports, France will cover these payments and in exchange will be entitled to return to the monetary policy council.

This indicates that the African countries may not manage the new currency independently. Moreover, African economists interpret the replacement of the CFA franc as a new maneuver to maintain the dominance of France’s monetary policies in its former colonies.

Pauline Tetillon, co-head of Survie, an association researching French policy in Africa, said France will maintain its dominance over the new currency.

Patrice Garesio, who co-heads the group, said: “This reform was announced by the French president and Ivory Coast President Alassane Ouattara. Ouattara came to power in 2011 with the intervention of the French army.”

“The two leaders, who justified the CFA franc until yesterday, are not the legitimate people to carry out this reform. This reform was conducted without consulting the countries in the region,” Garesio added. 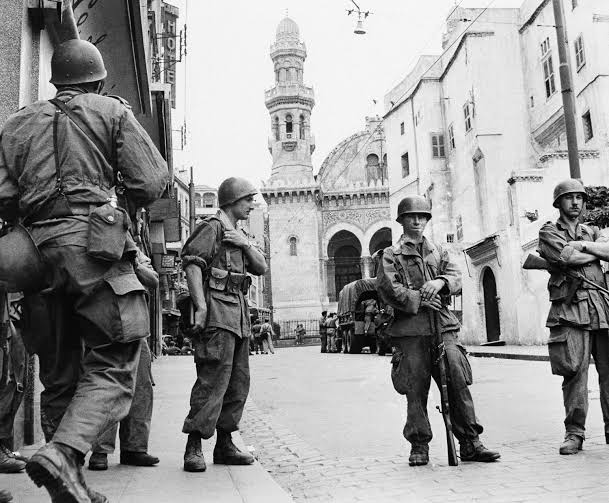 France’s history in Africa is more than just a “grave mistake”. The country, with its colonial occupations launched in 1524, dominated more than 20 countries in western and northern Africa. Around 35% of Africa was under French rule for more than 300 years.

Countries such as Senegal, Ivory Coast and Benin were used as slave trade centers of France in those years and all the resources in the region were exploited.

On the other hand, uprisings initiated by those fighting for France in the World Wars with the promise of independence were violently suppressed. The five-century colonial period and wars of independence in the region killed more than two million Africans.

Thousands of Algerians were killed by French soldiers in demonstrations initiated by Algerians fighting in the French ranks with the promise of independence shortly before the end of the Second World War. Violence continued in a systematic way until 1962, when Algeria gained its independence from the events known as Setif and Guelma massacre on May 8, 1945.

Around 1.5 million people died in the Algerian War of Independence due to French intervention.

Since 1830, it is known that France has also massacred Algerian society through cultural genocide. France destroyed 300 years of Ottoman history and Algeria’s own local identity, transforming many cultural and religious works in the country at its own discretion.

While the French government has not officially apologized to Algeria for its colonial policies, Algeria’s Ministry of Mujahideen has stated that four “files” concerning the colonial and post-colonial periods are still open between the two countries, including the recovery of the skulls of martyrs and national resistance leaders from a museum. France also still refuses to give back an Algerian archive containing hundreds of documents and works.